For UTR 2013, CW continues to give a high profile to interpreting the lives of the civilians who traveled with the British army. In the 18th Century civilians who were with the army were expected to pull their own weight. Similarly, at UTR Colonial Williamsburg expects all of the army's attached civilians to pull their own weight by interpreting the lives of the men, women, and children who were on campaign with Cornwallis' army. 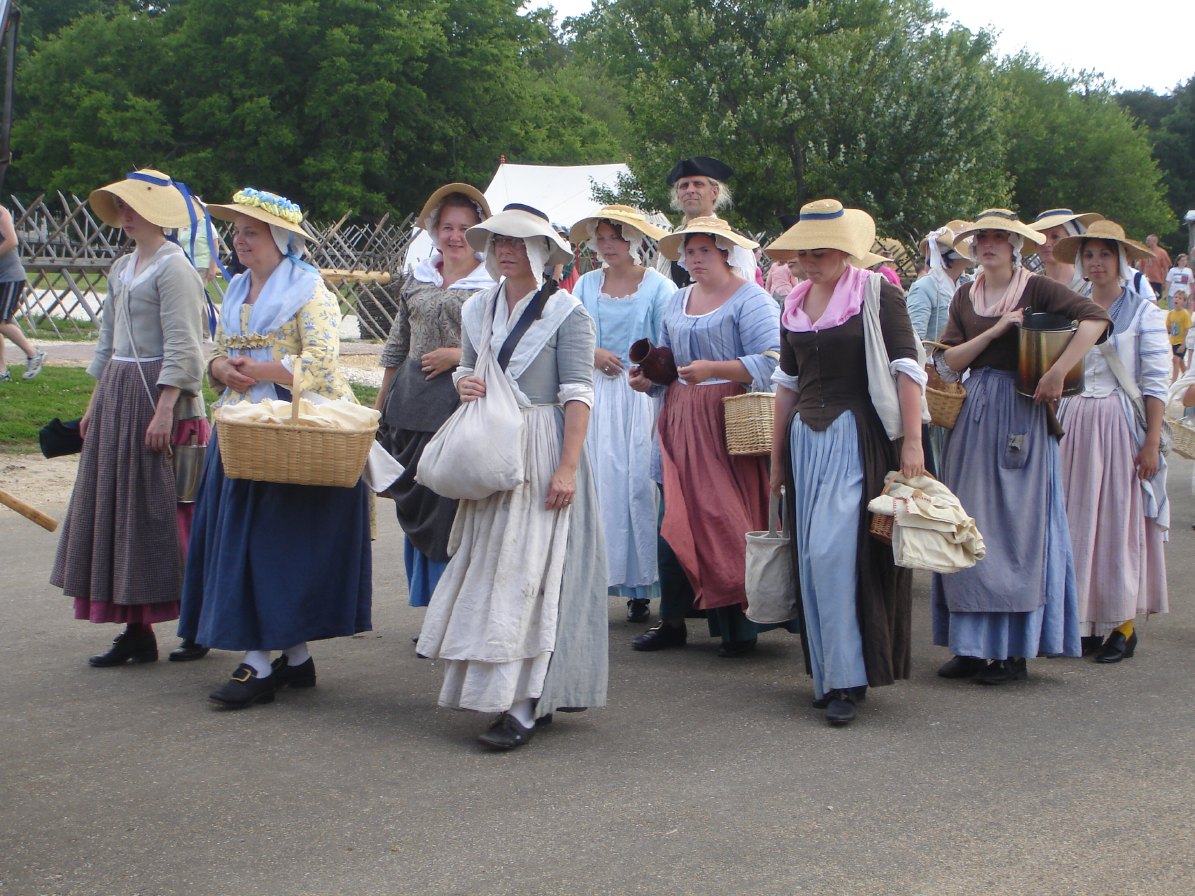 A frequent highlight of Saturday's afternoon is the Provost Guard Officer's Mess. There is an amazing depth of visitor interest in the preparation and sevice of the meal. This year we also have more modestly sized officer's meal on Sunday. We need kitchen staff for the Officer's meals! There are many other wonderful interpretations going on as well. This is your chance to step out from behind the Redcoats and really shine! Judy Polinsky is coordinating the “Following the Army” civilian interpretive program. She has a unique dual perspective on the male/female military/civilian aspects of life on campaign. Everyone who is participating as an attached civilian should prepare to interpret some aspect of campaign life, and then contact Judy Polinsky so she can work out a schedule. She will arrange the various civilian events during UTR, and as “Ensign Prym” host the officer's meals.